This world map shows the popularity of the rugby union world cup by number of players relative to population in each country. 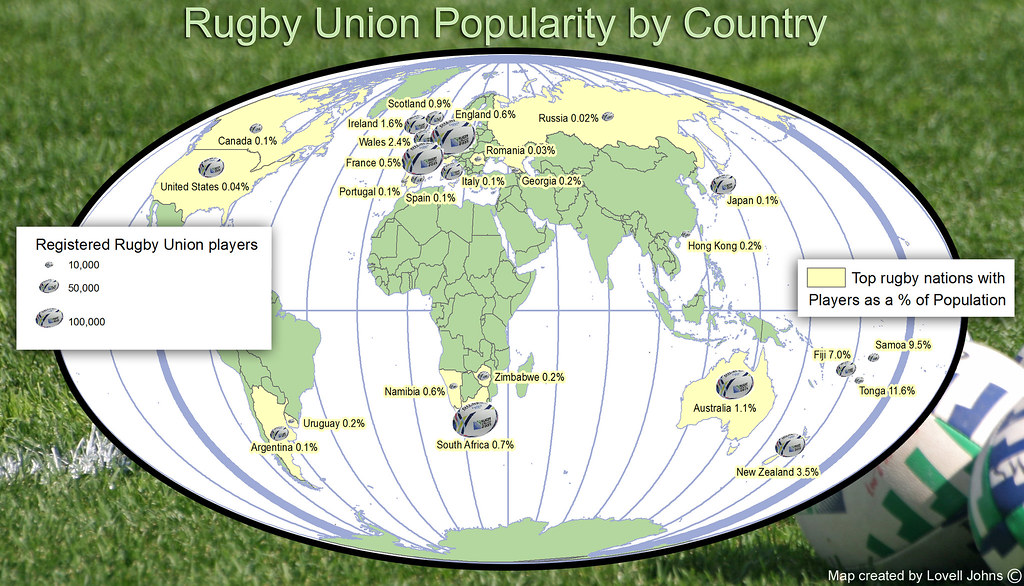 It is really interesting to see that the countries with the highest popularity (in terms of participating players relative to population) are Tonga, Samoa and Fiji in the South Pacific.

The player numbers are just indicative of actual participation. They are the numbers that are registered with each national rugby union.

The shape of the map has been made to look like a rugby ball. Our cartographers did this by using an oval shape projection called the Mollweide projection. This is an equal area projection meaning the relative areas of countries are accurately depicted. The central meridian of this map has been moved 40 degrees east from the greenwich meridian to bring the rugby heartlands of Oceania away from the edge of the map, whilst still keeping the host nation quite central.