Three things GIS consultants are talking about in 2017

The applications and expectations of Geographical Information Systems (GIS) continue to grow year on year. Those of us in the spatial data industry are used to pushing technology to its limits. Each year we ask more from our systems as GIS databases continue to get bigger and bigger. The uses of GIS continue to widen too, aiding key decision making in dozens of industries.

Here’s a few hot topics that GIS consultants have been talking about this year. 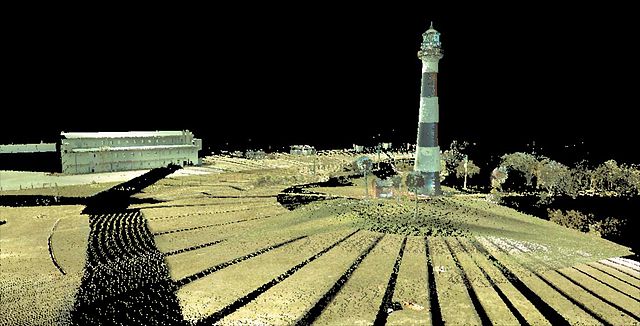 A point cloud is simply a set of point coordinates in a three dimensional co-ordinate system. The development in 3D laser scanning technology means that large point clouds can be created quickly and easily:

Some equipment can now capture up to 1 million points of data per second [PDF]! A single 3D laser survey is usually carried out on a small area such as a room, part of a street or underground void. However, point clouds can be also be merged so surveys covering larger areas can be commissioned. The raw data can be used to analyse the surveyed space or as a basis for building accurate 3D models and visualisations.

I recently attended the Esri UK Annual Conference, where a point cloud of the main conference room and audience was created with a 3D laser scanner during the opening plenary session. It was processed and presented at the end of the day using a desktop GIS. It was also demonstrated how a point cloud could be used to measure accurate distances and to start creating a 3D digital model of the conference building. Impressive stuff. 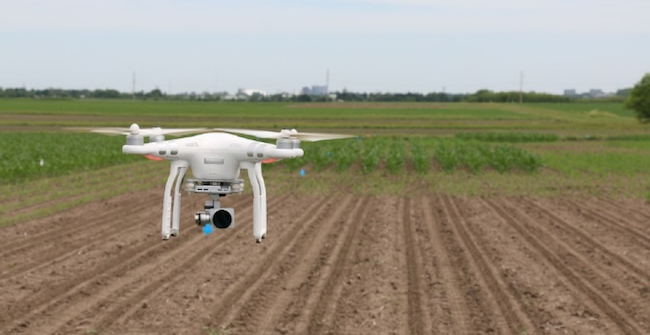 As the popularity of drones has increased, the technology around them has developed too. Also referred to as unmanned aerial vehicles (UAV’s), they are now being recommended increasingly by GIS consultants to survey areas in great detail.

Using existing satellite imagery is a cheaper option, but it often lacks the resolution required for detailed analysis of roof tops, forests or quarries. Currency is an issue too – detailed satellite imagery can be several years out of date. UAV surveys can be carried out at specific times, for example just before a crop is harvested or after a natural disaster. They can also be deployed much cheaper and with less planning than a small aircraft.

It’s not just colour imagery that can be gathered with UAV’s either. They can carry different photographic sensors and laser systems that can be utilised to capture height detail and differentiate between different land and vegetation surfaces.

Such technology is not new, but when used with UAV’s it means much more detailed analysis can be carried out. For instance, arable farmers can now analyse their crop yield by analysing plant coverage and distribution. This can help them identify problems in particular areas of a field which can then be investigated and addressed to improve yield.

OK, creating visualisations to convey a message from large complex data is nothing new, but map-based visualisations are becoming less complex to build. GIS consultants are trying to make it easier to handle large datasets by tapping into the raw data, avoiding some of the long conversion and processing steps.

Additionally, online map visualisation tools are becoming more sophisticated, allowing customisation of existing base mapping and access to demographic data and analytical tools, giving the user the ability to create clear interactive and animated maps online to convey a particular message or assist with decision making.

These three areas will continue to develop and we look forward to seeing what else GIS consultants will be talking about in the coming years as the industry pushes the technology further and continues to innovate.