In 1994,  we began working on a world GIS database named ‘World a la Carte’. Using new GIS (Geographic Information Systems) technology meant that the company could use a central spatial database as a source for different map products. GIS gave the company the flexibility to use the same spatial database to create a world map or regional atlas pages using different map projections and scales. We used a mixture of software, including Intergraph’s MicroStation and an early version of Esri’s ArcInfo. These systems were essentially used as a cartographic database maintenance and production tool. At this time is was not possible to manipulate large scanned files in GIS, so large digitising tablets were used to trace information from plotted sheets. 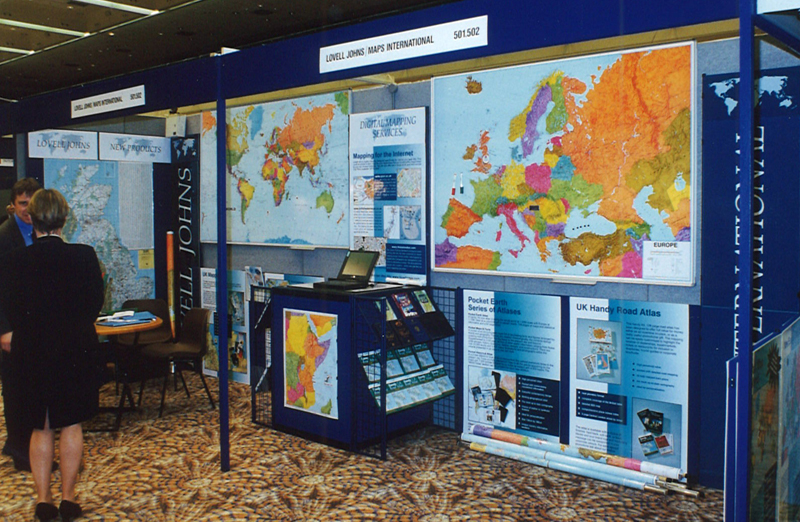 In 2003, The Directorate General of Press and Communication at the European Commission engaged the services of Lovell Johns to create two cartographic GIS databases, and from them, the official printed maps of the EU. The Company was also asked to use the database resource to create interactive flash maps for publication on the official EU website, with searchable European maps published in the 20 official languages and developed in HTML. Although Lovell Johns had previously created maps for the internet based on HTML, this was one of the first interactive maps where GIS databases were used as the source material. The web map could be navigated by clicking directly on the flash maps themselves or via customised search tools. Attributes could be displayed showing information on each member state.

In 2004, we were awarded a framework agreement as part of a consortium of companies to provide GIS maintenance services to the European Commission. This was a 5 year contract which made use of complex Enterprise GIS tools. It was also a major non-cartographic contract where final deliverables were GIS files and reports. The maintenance and development activities involved liaison with EC experts to implement specified tasks including database design using UML models, database implementation, geoprocessing, quality control procedure design, quality control processing & reporting and the import and versioning of datasets. The project also included the creation of metadata to describe GIS datasets to EU INSPIRE standards, now part of an EU Directive. The final datasets were used by the Commission to publish and analyse statistics from across the EU, aiding major funding decisions. 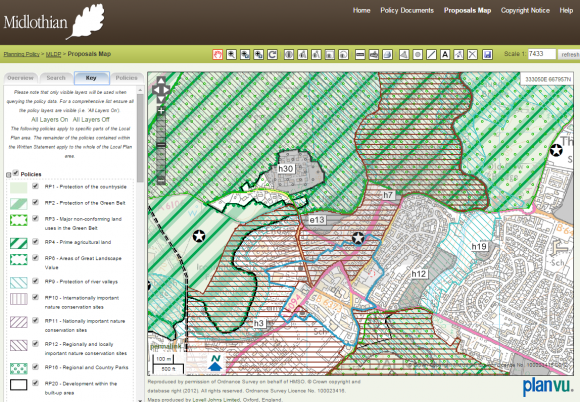 2007 saw the launch of planvu, an easy to use interactive mapping solution allowing local authorities to publish their maps and provide stakeholders with links to supporting textual information. The development of planvu took advantage of the new robust open source technology available, such as MapServer, OpenLayers and MySQL. Such software is developed, maintained and enhanced by a community of enthusiasts and is backed by not-for-profit organizations who support collaborative development. This software approach allows users to have an interactive mapping experience, including many of the basic tools one would find in a GIS. These include easy navigation, turning mapping layers on and off, measuring, and selecting features using a custom drawn areas. The latest version allows us to fully customise the tools available and link to third-party consultation software. 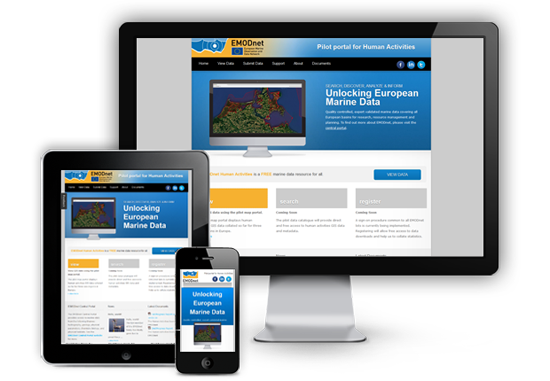 We are part of a consortium of companies awarded a three-year contract in September 2013 by the Directorate-General for Maritime Affairs and Fisheries (DG MARE). The aim of the contract is to assemble fragmented marine and maritime mapping data on the extent and intensity of human activities, and make them available through a single web portal.

Through the release of the EU Green Paper on a Future Maritime Policy for the European Union in 2006, poor access to marine and maritime data was confirmed to be a barrier to scientific understanding, a brake on the economy and a handicap to government decision-making. In 2008 the European Commission proposed to take steps towards a European Marine Observation and Data Network (EMODnet). Human Activities is the latest of the EMODnet lots.

The technology is again based on open source software, but has been extended to make use of Web Feature Services (WFS). This allows users to access and query the spatial data directly from the site in their desktop GIS software or other websites. The increase in internet bandwidth has meant that desktop GIS and the internet have become more integrated, allowing users to tap into publically available data and base mapping. The site also uses ‘responsive design’ allowing the layout of the site to dynamically re-arrange to ensure it is user friendly for those using mobile devices such as mobile phones and tablets.