Optimization of operational territories for UK and Ireland

Territory Creation and Maintenance for The HR Dept

The HR Dept are an outsourced human resources company with local offices across the UK, Ireland & Australia. The service area of each existing office was precisely defined by KML files (for Google Earth), but The HR Dept wanted the vacant areas of the UK & Ireland divided into optimally-sized territories, ready for new offices and franchisees. The ideal territory size was based on a target number of businesses and population within that area. Territories would need to be sensibly-shaped with good access. Boundaries could be defined by visible features like roads, railways or rivers, or by Local Authority boundaries in some regions.

UK business counts data from the Inter Departmental Business register is published for reasonably small areas of Great Britain, and mid-year population estimates are available for even smaller areas. For Ireland and Northern Ireland, similar data is available for administrative areas. This allowed gi Perspective to build a complete set of bespoke territories based on estimates of both the enterprise counts and population. The existing territories were imported into an ArcGIS geodatabase, and new territories were manually built around these. Once the new dataset was approved, a KML file and a branded PDF map was exported for every territory.

The HR Dept were quickly supplied with a full territory coverage, giving an effective starting point for siting new offices and for discussions with potential franchisees. The master territory dataset is held in ArcGIS format, allowing quick & accurate revisions, and resupply of KML & PDF files. The important enterprise counts estimates can be recalculated when new figures are published. Other spatial analysis can be easily applied to the master data, such as updating a postcode lookup which allows website visitors to find their local office. gi Perspective have maintained the territories as a responsive bureau service, avoiding the need for The HR Dept to invest in mapping software or specialist skills. 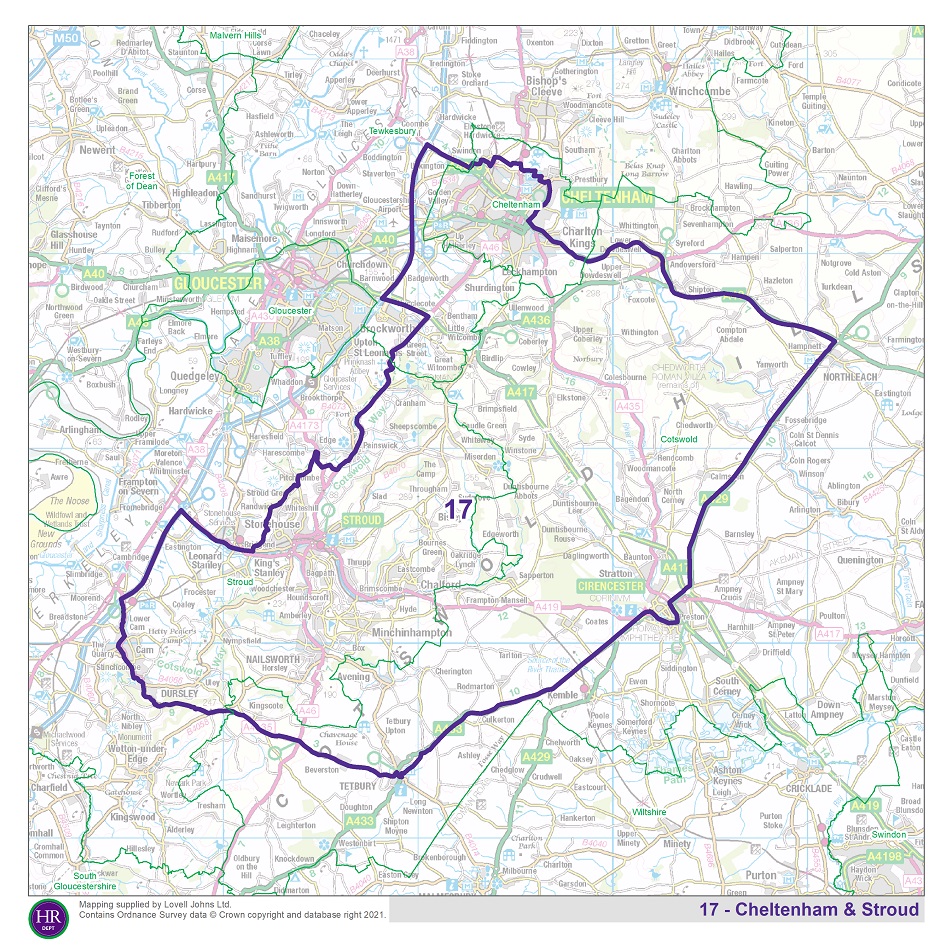 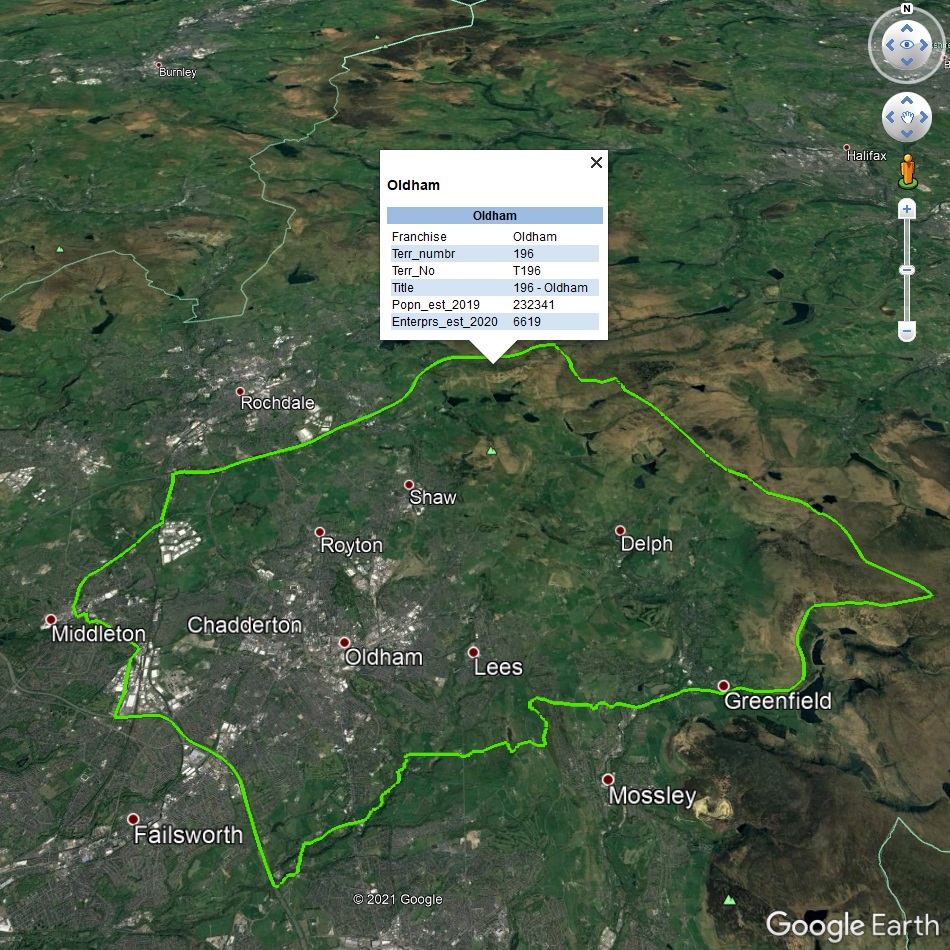 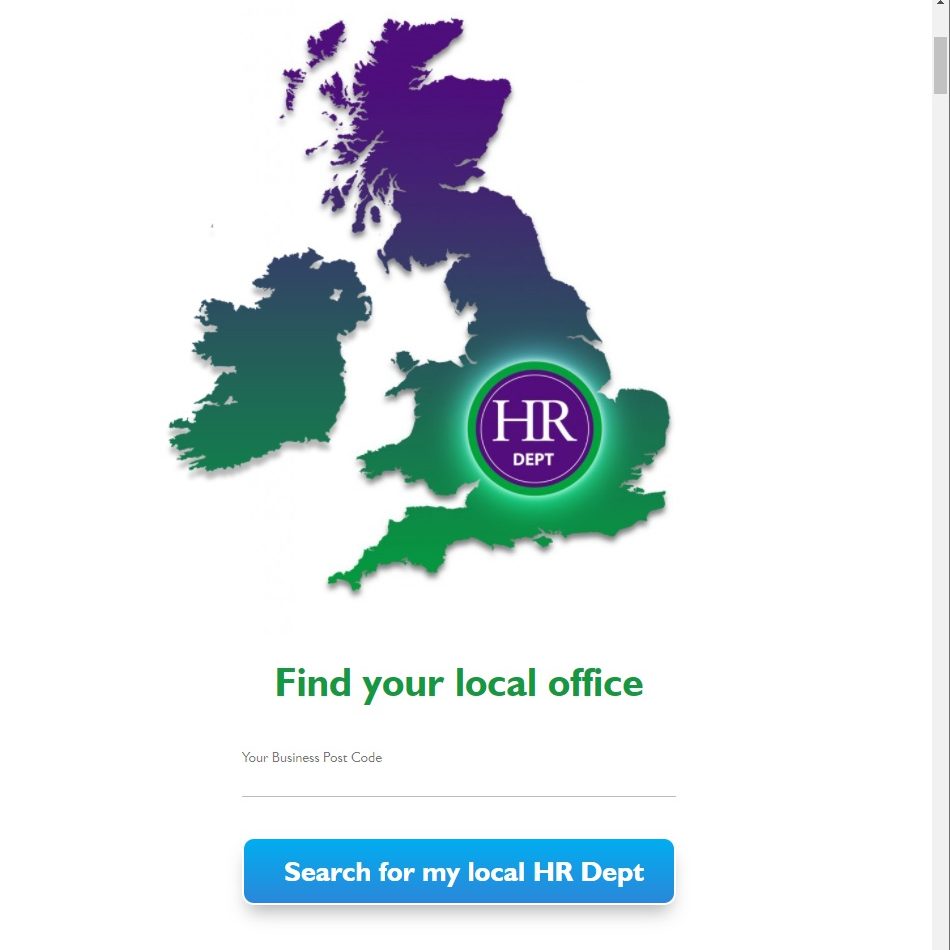 Want to know more about Data visualisations and how we can help you? Why not chat to a member of our team today by calling 01993 880944 or email us at enquiries@giperspective.co.uk