Architects and Urban Designers, Broadway Malyan, asked us to spatially analyse potential sites for a new education academy in Stoke-on-Trent after planning permission for development on a previous site had been refused.

The study considered 12 sites across the city. Each site was analysed against the postcode locations of all pupils in Stoke-on-Trent and those which attended two particular schools for which the new academy was to replace. Tabular reports and PDF maps were produced to show in detail the effects of school catchment areas and mean pupil travel distances in each scenario. 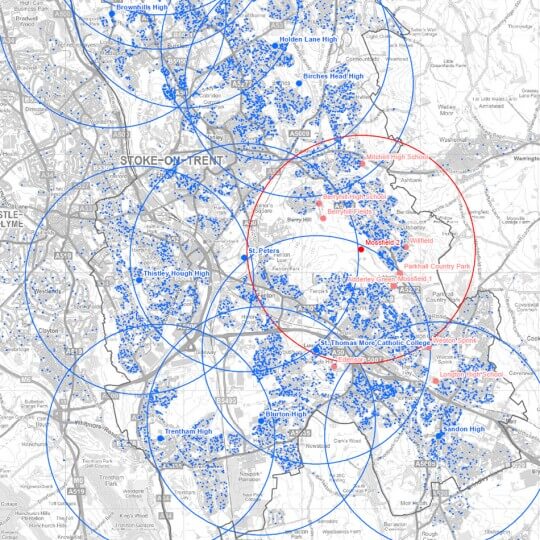 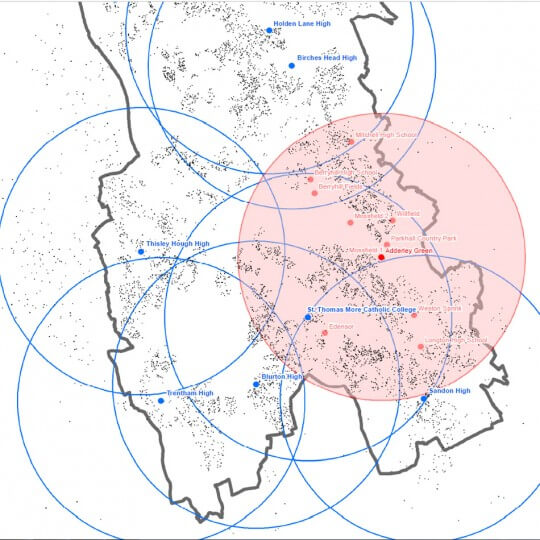 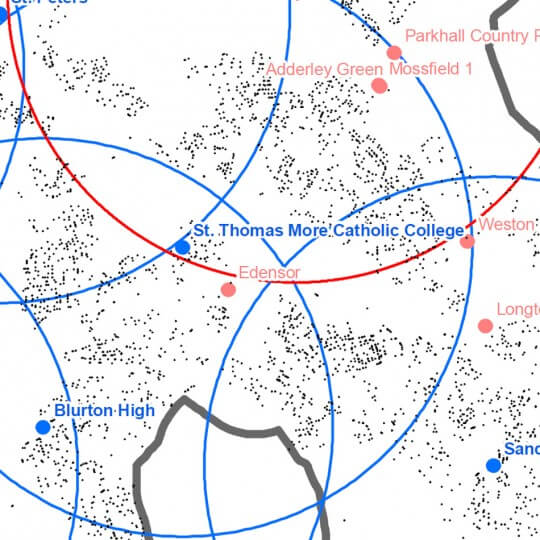