Top Countries to Migrate to in the World

We found some interesting findings from the World Economic Forum in their 2013 Travel & Tourism Competitiveness Index, released last month. The report looks at 140 countries across the world based on safety and security, environmental sustainability and cultural and natural resources. The report focuses on travel and tourism in the world but you can easily deduce from the findings how desirable a country is to live in. All of the same factors which determine how well a country performs in tourism can be attributed to how attractive that country is to migrate to.

An average of nearly 100 respondents per country were polled to provide opinions which were rated on a scale of 0-7. 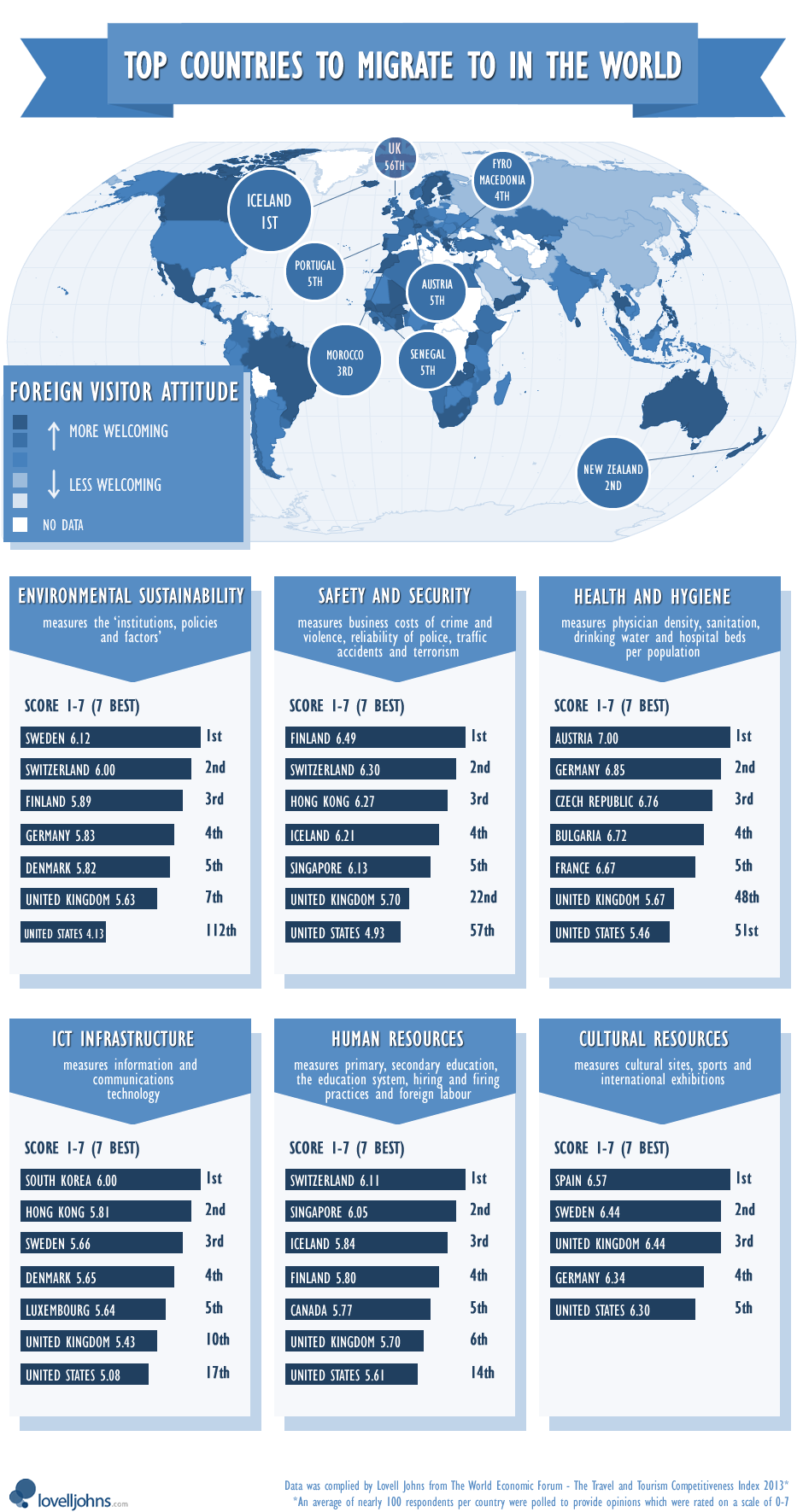 Top Countries to Migrate to in the World (Click to enlarge)

Our infographic on the “Top Countries to Migrate to in the World” illustrates some fascinating opinions on how countries perform in key areas. One of the most interesting findings was foreign visitor attitudes in countries. Iceland came out top as the most welcoming, whereas the UK was ranked 56th.

More on the findings can be seen on the World Economic Forum’s official website.

What do you think of these findings? Any surprises or does the infographic and findings support your views?