Buckinghamshire County Council Transport staff contacted gi Perspective with an interest in measuring the distances that houses were set back from roads across the county. The Council needed a repeatable GIS method that would measure from road to building frontage along a set of UK roads.  The method was designed to feed into traffic impact studies, such as an attempt to objectively assess the relative noise & bother impacts of freight traffic across the county.

An analysis method was developed using ArcGIS and high quality Ordnance Survey datasets. The method brought in road details from Mastermap Highways and building occupancy classes from AddressBase Plus. Alternative options allowed for a rigorous study using MasterMap polygons or a quicker analysis using generalised VectorMapLocal buildings. Solutions were developed for the challenges of how to model separate dwellings, and what entities to measure from and to. Building footprints were split using residential address points, and distances were measured from the resulting polygons to the nearest road centreline and to the kerb.

The method was developed in liaison with the Transport Strategy Manager, carefully considering how it could best be used within the department. A detailed and well-illustrated manual documented all steps & options. All useful working files were handed over, including a Toolbox Model created to carry out one iterative step. A county-wide dataset was supplied to the Council, giving building-to-road distances as both a point dataset and a table for analysis in Excel or for import into other software. 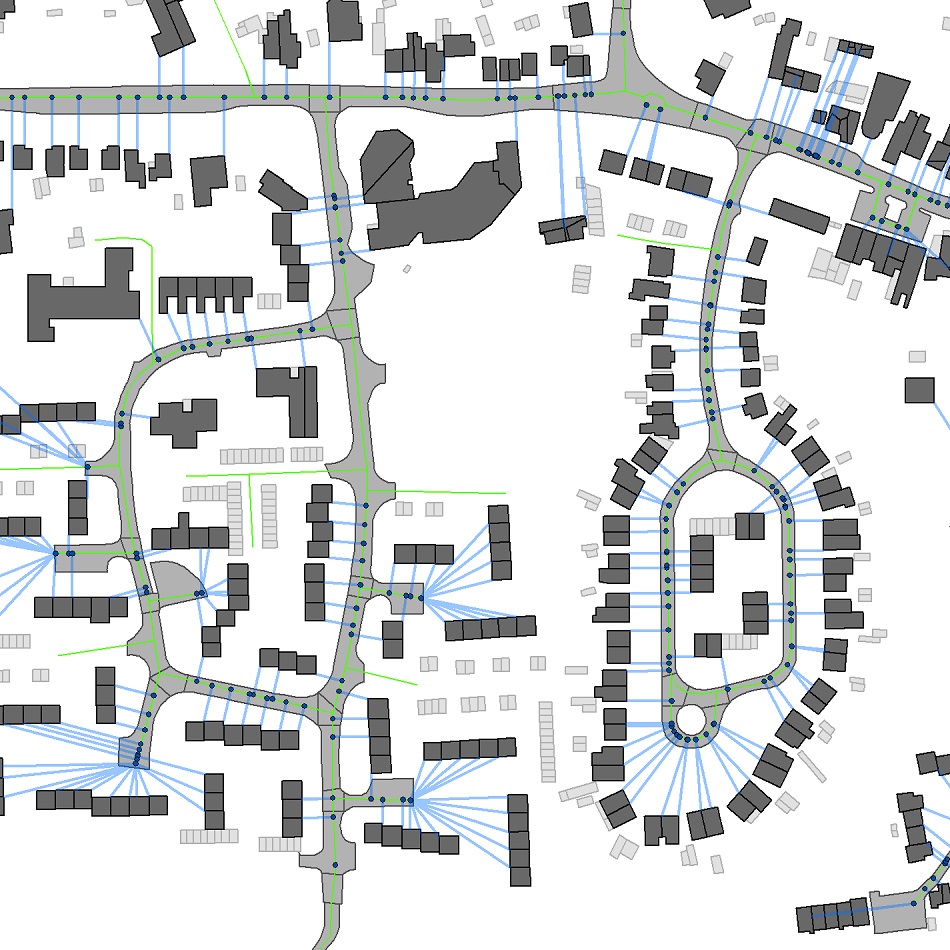 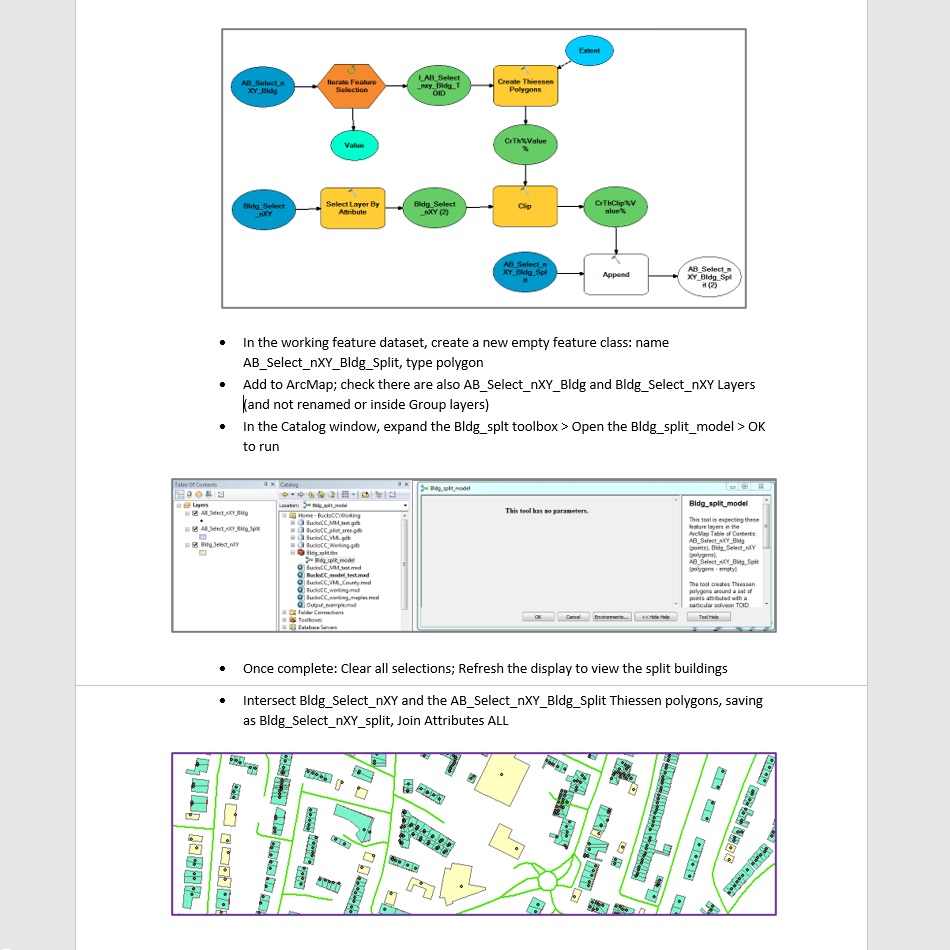 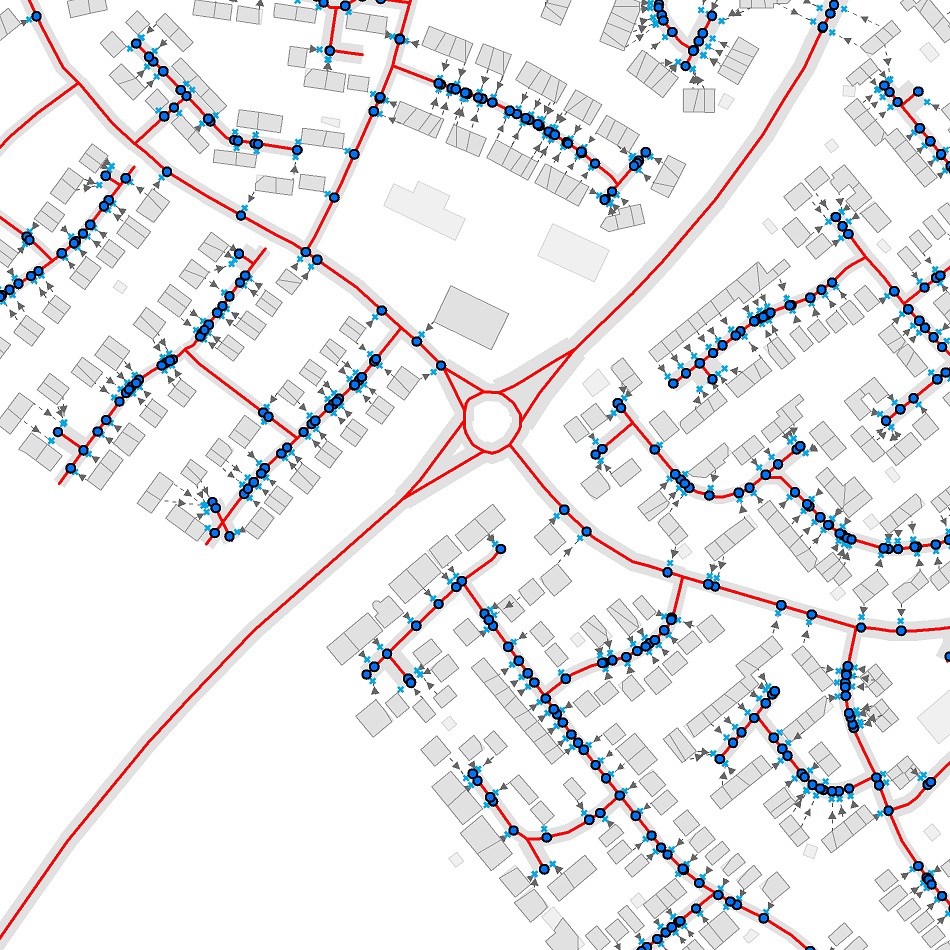