Based on the official EU map printed at scales of 1:4,500,000 and 1:10,000,000, interactive maps were developed using the same generic map files for publication on the official EU website with searchable European maps published in 20 official languages.

The Directorate General of Press and Communication at the European Commission engaged our services to create an interactive map and GIS database of the European Member States and to generate the official political map of the European Union from this.

Additional functionality was added to facilitate navigation around the interactive map and the multiple language versions of the printed map are replicated in the web version. The web mapping has dual methods of navigating through the interactive map:

All maps have been customised to optimise the clarity of the maps, adapting viewing scales and adjacent polygon colours. 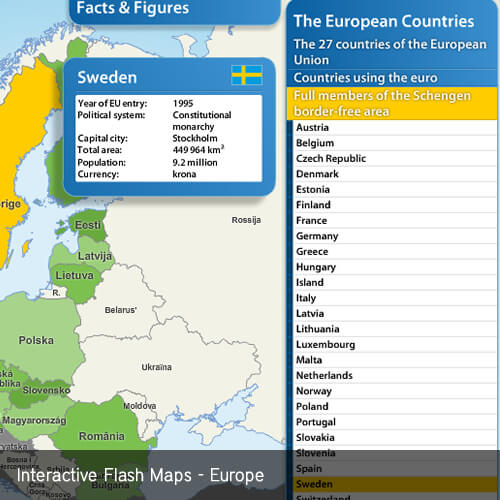 Want to know more about Custom Web Mapping Solutions and how we can help you? Why not chat to a member of our team today by calling 01993 880944 or email us at enquiries@giperspective.co.uk